This 2.5 minute video explains the unique technology of Silver Biotics (AKA SolverSol).  It is completely safe, non-toxic, anti-bacterial, anti-viral, anti-fungal and yet does not harm the friendly bacteria in your gut.

In most cases it will out-perform an antibiotic and is intended to be used as first line of defense, helping you to avoid using an antibiotic if possible. But in some cases an antibiotic cannot be avoided and you should always consult your healthcare practitioner. 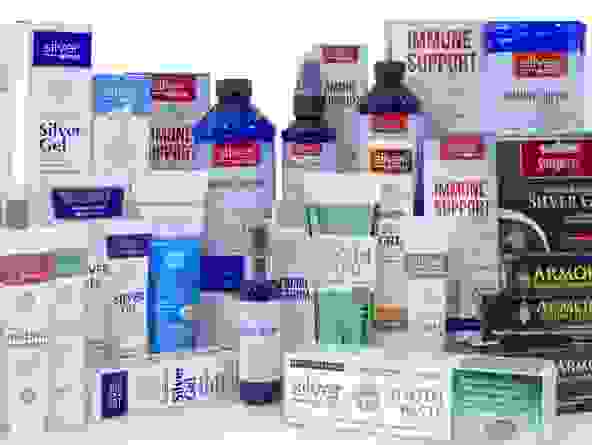 25% discount on your entire order

I am such a firm believer in these products that I have been able to arrange a 25% discount on your entire order when you enter ELEMENTAL25 as your discount code  at checkout.

Silver Biotics has been studied extensively in many U.S. and international universities for over 20 years many of which are published in peer reviewed journals. Its Ag4O4 molecule is patented and is the only colloidal silver to receive a patent in over 100 years.  It can be safely used by humans and animals long-term.

Silver Biotics is a particular brand of colloidal silver that was patented by American Biotech Labs in 2001. It is the only colloidal silver product to hold this classification from the U.S. Patent Agency. The National Center for Complimentary and Alternative Medicine, a subsidiary of the National Institutes of Health (NIH), defines colloidal silver as a solution of silver nanoparticles suspended in water or some other safe liquid.

Silver has been used in topical dressings to prevent bacterial infection since before the advent of antibiotics. More recently, silver coatings are used to prevent infection on medical devices such as catheters during surgery. Silver ions cripple bacteria by interfering with energy generation, starving them of nutrients. It also pokes holes in the bacterial cell wall, causing rupture and death.

The advantage of Silver Biotics over traditional antibiotic treatment is that it does not cause bacterial resistance and is effective against antibiotic resistant strains. Studies by Brigham Young University and others show that Silver Biotics effectively kills a wide variety of bacteria, including MRSA and those responsible for everything from pneumonia to meningitis.

When some other silver products accumulate in the body, they can turn skin, organs and other tissues bluish gray, a condition known as argyria, which is untreatable and irreversible. Unlike some of these other colloidal silver products, Silver Bioticshas been proven to not cause this condition through rigorous third party testing. It is also proven to be non-toxic even at 100 to 200 times the normal adult human.